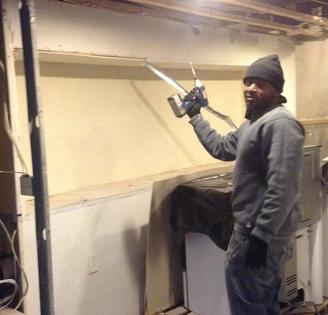 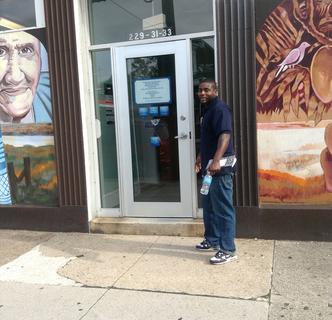 Just when you think you’re going to take the day off from the kingdom and God’s work He reminds you that there are no days off.  I had been in SW Philly for some time working to God’s glory and figured I would take a day to myself.  I would get some clothes washed, grab some food and pop in a movie.  Until Proverbs 19:21 kicked into action.

Many are the plans in the mind of a man, but it is the purpose of the LORD that will stand.

Now I found out that the Lord had a plan for my time at the laundry mat.  Before I could get all my clothes in the wash a homeless guy named Wayne walked up and started talking.  We instantly began talking about the fact that the day was a blessing because we were in the land of the living.

I invited Wayne to McDonalds for a meal where we shared testimonies and talked about God’s goodness.  Wayne knew God but was in a backslidden place, he needed to be reminded of his hope in the Lord.  I told him where I lived at New Hope Philly and invited him to church at Greater Fellowship.

A couple of weeks later I was riding by our building in the car with Troy and Bill.  I saw Wayne pacing up and down the sidewalk.  Bill said “who’s that guy” and I shouted “that’s my boy Wayne he thinks he’s here looking for a sandwich but he is really looking for Jesus!”  I jumped out of the car while we were still moving and invited Wayne down the street to the corner store for a sandwich.  He committed to coming to church soon.

A few days later I was at church and in the middle of our worship time the doors opened and guess who walked through the door.  My friend came right in and took a seat on the front pew.  What a glorious day in the Lord!  Wayne rededicated his life to Jesus Christ and joined our little church.

Would you please stop right now and pray for my friend Wayne?  Please pray for me too.  Pray that God would always remind me that there are no days off and when I am feeling used or weary that He would remind me that I am being used, used by Him to feed His sheep.